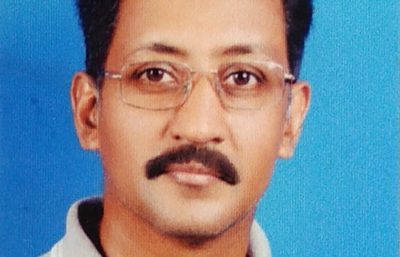 Mr. Rajeshkumar obtained his Master of Computer Applications from R.E.C (National Institute of
Technology) Kozhikode in 1996. He passed UGC-NET in Computer Applications in 1996. While he
was undergoing M.C.A course, he was selected to PCL Mindware and then he joined IBM. At IBM, he
worked for 15 years. His first assignment in the teaching field was at the Central University of Kerala
Kasaragod in 2012. He worked there for two years. Later he moved to Sa-Adiya Arts and Science
College Kasaragod as Head of the Department of Computer Science and BCA. He assumed this position
till 2019. Mr. Rajesh joined in Govt. College Kasaragod as a guest lecturer in June 2019 and working
there till date.